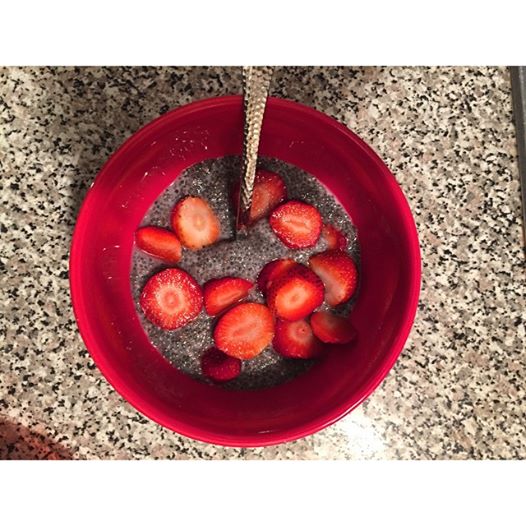 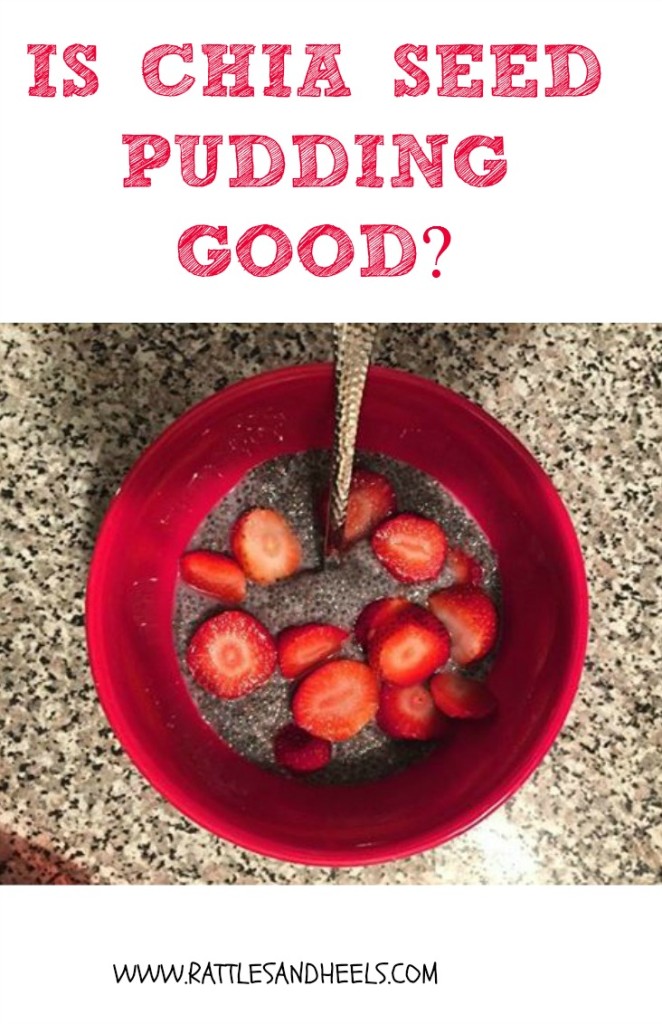 Let me make a confession, I am addicted to Pinterest! There is something about that dreamy and bright world of gorgeous pictures, delectable food and positive quotes that pulls me in. I’m so much happier at home pinning on a Friday night than going out (especially in the cold). All I need is my iPad and fuzzy slippers. Anyway, chia seed pudding have popped in my Pinterest feed more than a few times and I had to find out what all the hoopla was about. Is chia seed pudding good? Well, as I mentioned in this post that I wrote while I was breastfeeding, chia seeds have many amazing benefits and my consumption of them was one of the preventions I took to avoid gestational diabetes during my second pregnancy.

I’ve had my share of Pinterest fails but I really wanted to try this recipe as I am trying to clean up my eating habits one meal at a time. I figured what’s to lose? A few chia seeds and some milk seemed like it was worth the risk. I must of checked out about 6 different pins for their recipes and they were all almost the same.  I ended up trying this one.  I was already in bed pinning when I found the recipe so I actually got out of bed and headed to the kitchen to make my pudding.

I added my vanilla almond milk to chia seeds and put them in the fridge. This took me about two minutes which is much better than my usual prep time for breakfast. In the morning, I took it out of the fridge, added a few pieces of strawberries and nom nom. I was pleasantly surprised by how delicious it is. I gained a few pounds over the holidays and I am trying to eat healthier to shed them so it was nice to find a yummy breakfast recipe that was healthy and gave me energy to get through my busy day. That was almost two weeks ago and chia seed pudding is still on heavy breakfast rotation. I really wanted to share that chia seed pudding is indeed good, it’s okay to try new recipes and hacks from Pinterest after all they are by real people. xo.

If you’re interested in healthy breakfast recipes, you can find some more here.

Have you tried Chia Seed Pudding? Do you like it?