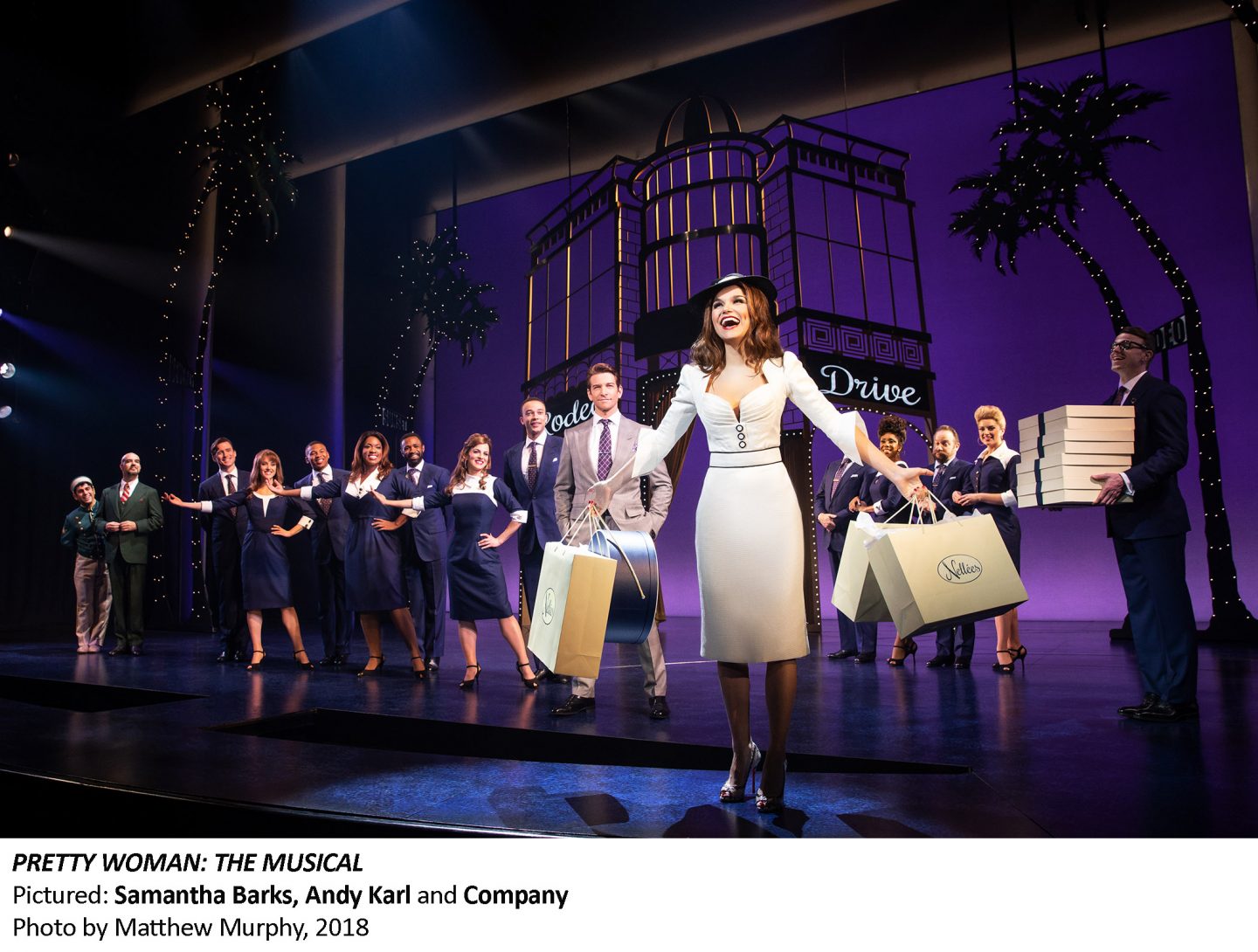 This post is made possible by support from Pretty Woman: The Musical. All opinions are my own.

I was only 7 years old when the Pretty Woman movie was released so the first time I saw it was in the early 2000s while I was in college. I immediately fell in love with the movie and added it my list of all-time favorites and watched it more times than I can count since. As you would imagine, I was beyond excited when Pretty Woman: The Musical came to Broadway last summer and I finally had the chance to go to see it two weeks ago with my husband at the Nederlander Theater.

I have to admit, I was a little bit nervous. The movie was so good that the musical would either be a hit or terribly horrible in comparison. Firstly, some of my favorite scenes like the mean ladies at the luxury boutique getting put in their place and the bathtub scene were just as amazing as the movie. I was so happy that they included them and did such as a great job in bringing the essence of those scenes on stage.

The entire cast was remarkable and I loved the set. Samantha Becks who plays the role of Vivian Ward was exceptional, she was talented and captivating in all of her scenes. I have to admit that one of my favorites was Eric Anderson who played a few different roles including homeless man and Mr. Thompson the hotel manager, he stole so many scenes. Other standout performances were by the bell boy, opera singers and of course Ofreh playing Vivian’s best friend Kit who was hilarious, streetsmart, witty and loveable. Of course, the show gets a little racy like the movie but nothing tasteless or vulgar. It’s a show that you would enjoy with your girlfriends, or for a date night like I did.

Pretty Woman show run time is 2 hours and 30 minutes and includes one 15-minute intermission. If you’re planning to see the show, you can grab tickets at Ticketmaster and use the discount code MOM1 until 9/1.

Have you seen Pretty Woman: The Musical?

END_OF_DOCUMENT_TOKEN_TO_BE_REPLACED

This website uses cookies to improve your experience while you navigate through the website. Out of these, the cookies that are categorized as necessary are stored on your browser as they are essential for the working of basic functionalities of the website. We also use third-party cookies that help us analyze and understand how you use this website. These cookies will be stored in your browser only with your consent. You also have the option to opt-out of these cookies. But opting out of some of these cookies may affect your browsing experience.
Necessary Always Enabled
Necessary cookies are absolutely essential for the website to function properly. This category only includes cookies that ensures basic functionalities and security features of the website. These cookies do not store any personal information.
Non-necessary
Any cookies that may not be particularly necessary for the website to function and is used specifically to collect user personal data via analytics, ads, other embedded contents are termed as non-necessary cookies. It is mandatory to procure user consent prior to running these cookies on your website.
SAVE & ACCEPT
butric[email protected]
×