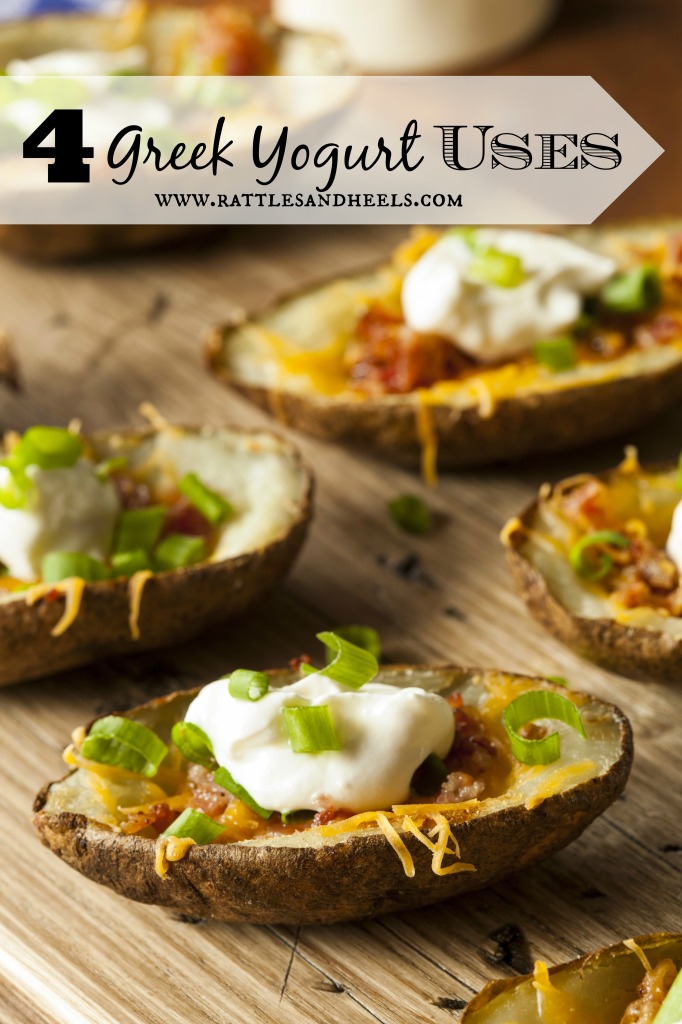 1. As a Substitute for Eggs & Oil for Baking

A few Sundays ago, my daughter and I were running around Target like we were in a maze, all because I forgot to make a list. You see, I’m a little O.C.D (a Capricorn thing) so I usually make my list according to the layout of my local Target store. Go ahead, Judge me!  Anyway, as Target marketing would have it, I ended up with a bunch of things in my cart that I didn’t need. Feeling excluded my daughter requested that I buy her Pillsbury Confetti cake mix as the Doughboy got her little heart excited. I looked at the cart of stuff I didn’t need and couldn’t find a way to justify saying no to her, so I consented.

Fast forward a few hours later, she remembers the cake mix and suggests we make it for her grandmother’s upcoming birthday. So we get all the ingredients out. That’s when I remember pinning substitutes for baking ingredients on one of my Pinterest board. Turns out plain, nonfat Greek yogurt which has the double protein of normal yogurt would be an excellent substitute for eggs and oil, the fats in the cake. So we add 1 cup Greek yogurt and voila!!! Guilt-Free Cake.

My daughter only recently outgrew her egg allergy so we are no strangers to using Greek yogurt as frosting. Kids love it!

2. As a Substitute for Sour Cream

One of the staples meals in my diet is fish tacos. I eat them pretty regularly and it’s important to me that I keep all my ingredients as “clean” as possible since this isn’t a splurge meal. So recently, I started to replace sour cream with Greek yogurt. I was pleasantly surprised at how good it taste knowing that the Greek yogurt has more nutritional value.

If you have ever made guacamole, you know that it can go bad pretty fast. It’s a dish, better served fresh. This usually isn’t a big deal because the preparation time is pretty short (approx. 5 minutes.) However, if you end up with leftovers it may go bad really quickly. For a long time, I tried to figure out ways to increase the life of my guacamole and nothing worked besides adding 2 tablespoons of Greek yogurt. Besides the fact, that I can now put guacamole in the fridge and enjoy it a few hours later, I love the texture and creaminess.

Since I drink Green Smoothies daily, I like to switch things up so they don’t become boring. Some mornings, I crave a creamy smoothie and that’s when I add Greek yogurt. It makes the smoothies much richer and satisfying.

How do you use Greek yogurt? Do you also use it as a substitute ingredient?