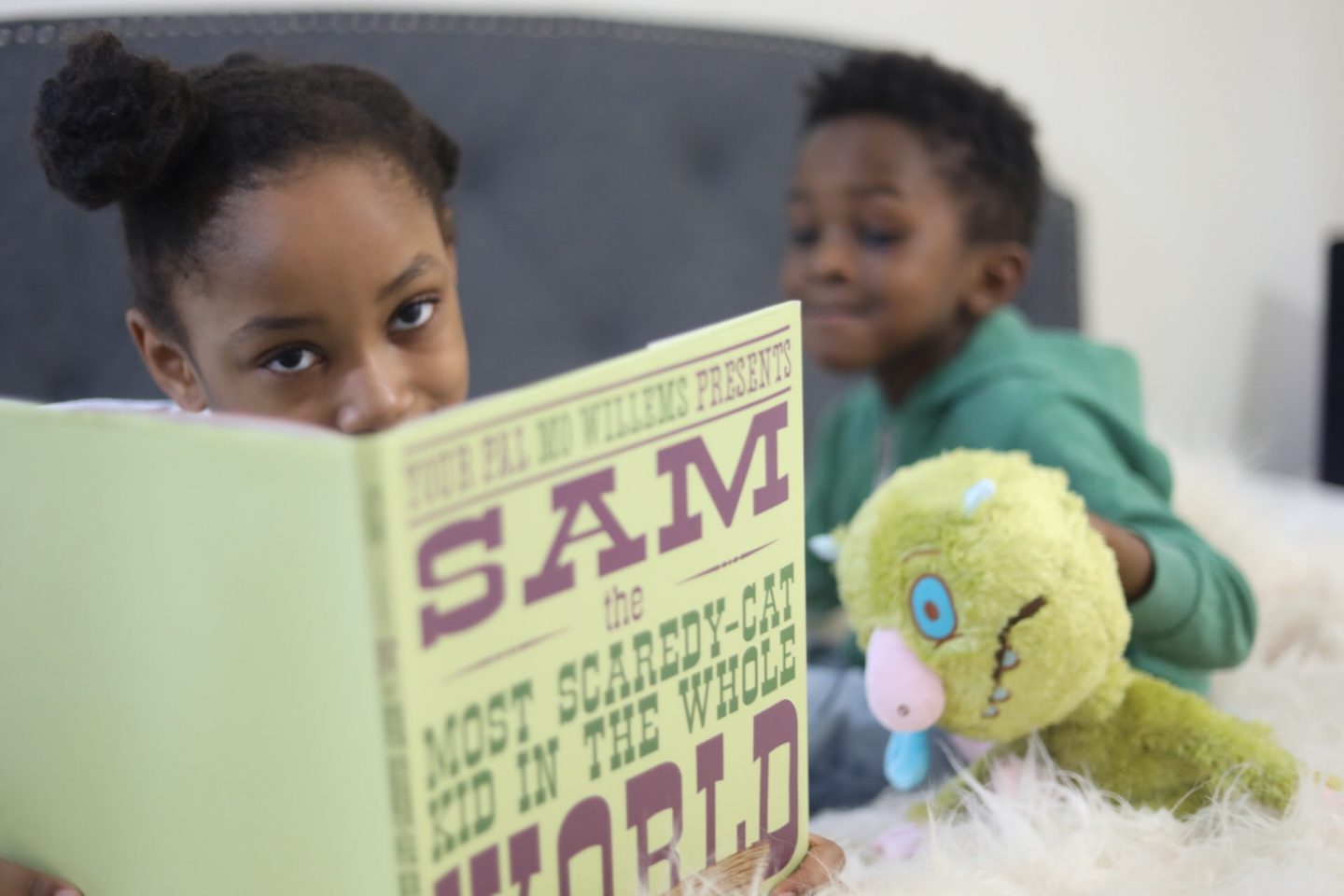 New picture books from our sponsor Disney-Hyperion are helping us talk about friendship!

Recently, I was having a conversation with my two older kids about my friendships. My daughter asked me about my friends when I was her age and that made me think about my the quality of my childhood friendships. As a child, I loved drawing and I remember having a hard time with friends who would rather spend recess outside playing than inside drawing with me. At that age, I was really bothered by that and there were so many times that I wished that my friends were just like me so I wouldn’t be alone. I didn’t embrace our differences. I shared this with the kids because I want them to have wonderful friendships and I understand that they need learn to be good friends from childhood. I don’t want them to think that their friends must look, behave or have all the exact interests that they do. Actually, I want them to see the beauty in differences and to seek them out. 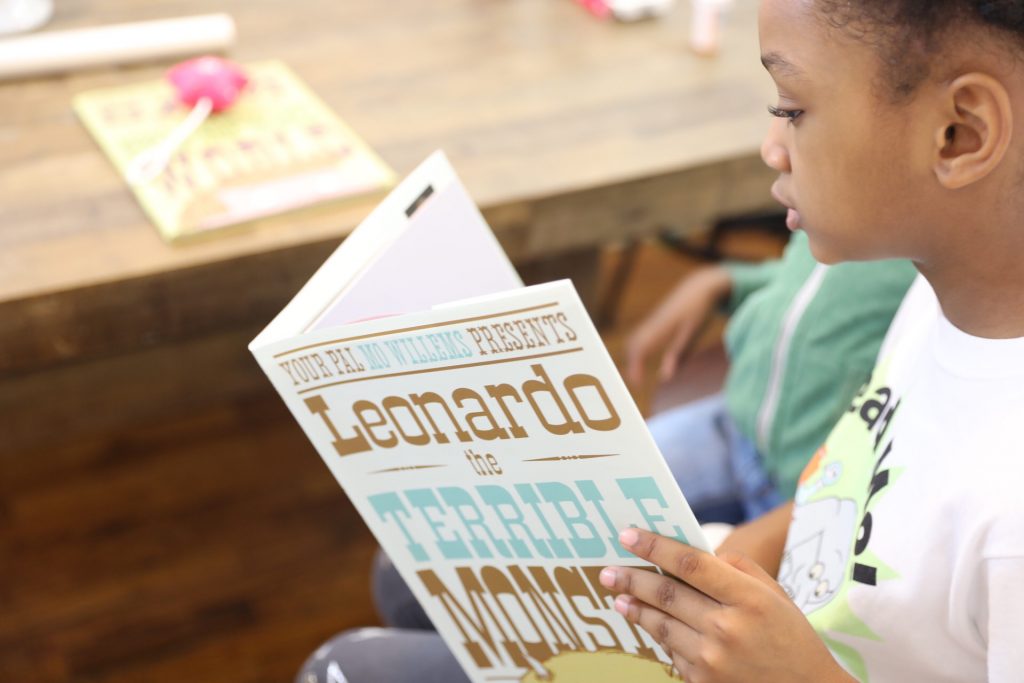 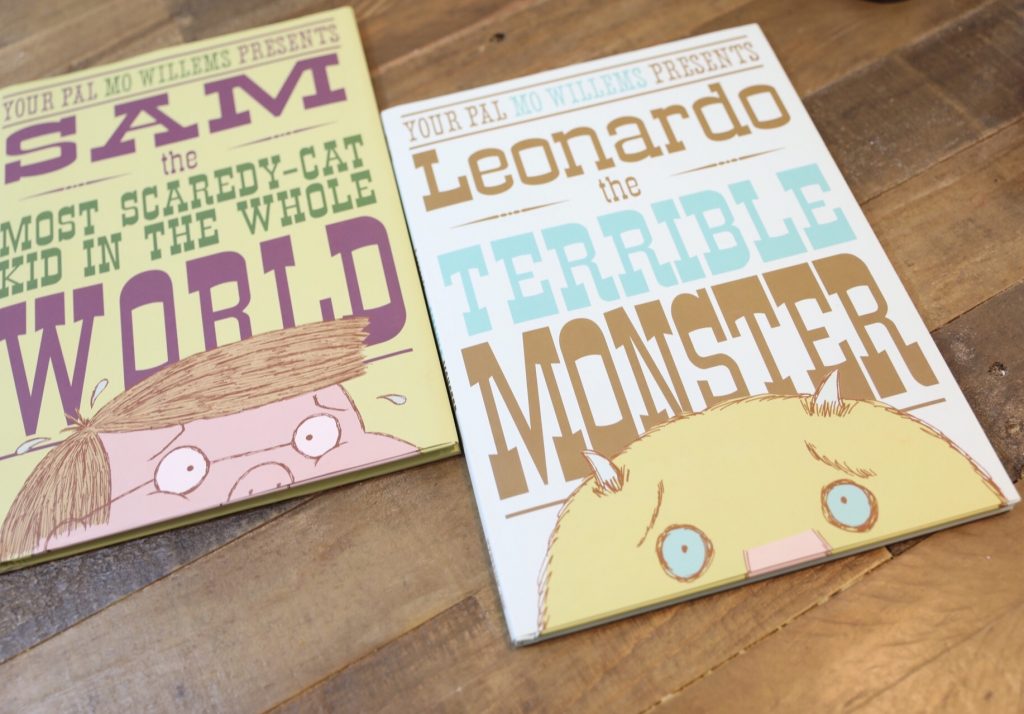 At their age, I know that books are best to convey this message. Fortunately, earlier this month, we were sent Mo Willems new book Sam, the Most Scaredy-cat Kid in the Whole World which was released on September 5th, 2017  and Leonardo, the Terrible Monster the first book in the series. Here are 3 ways I encourage my kids to make new friends reinforcing my advice with both books: 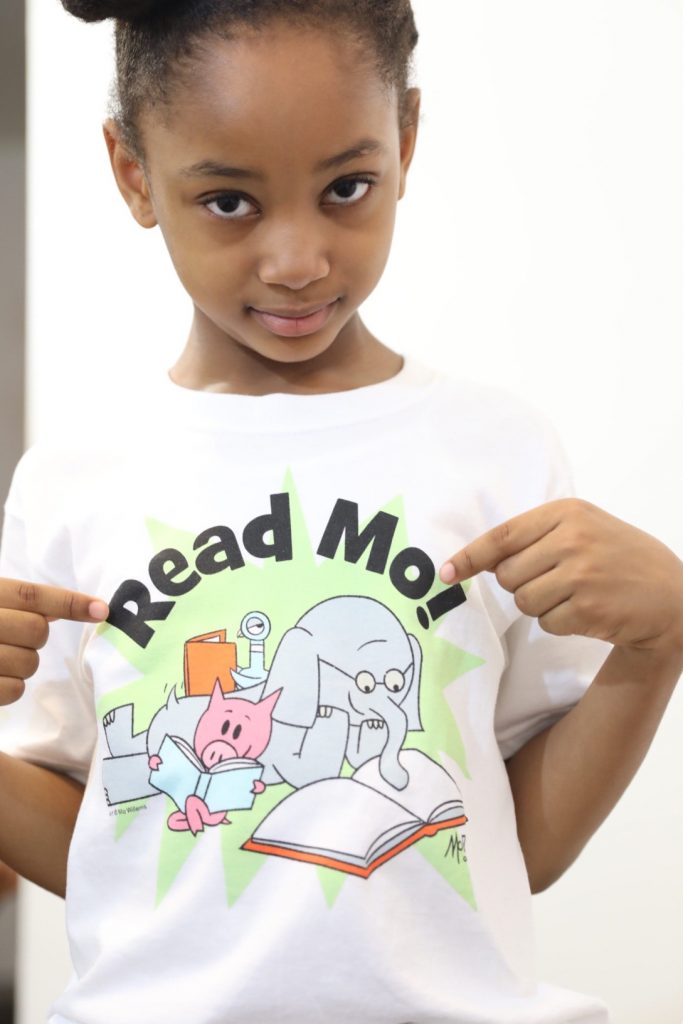 When we read the first book in the series Leonardo, the Terrible Monster for the first time, we all laughed at the fact that Leonardo was an awful monster because couldn’t scare anyone, not even the most scaredy-cat kid in the world (a kid named Sam). Leonardo didn’t stop trying to scare everyone though, he was determined until he realized that he wasn’t meant to be a scary monster but instead a wonderful friend to Sam.  I’m happy that the book showed the kids how frustrating it was for Leonardo to be a scary monster because that just isn’t who he is. 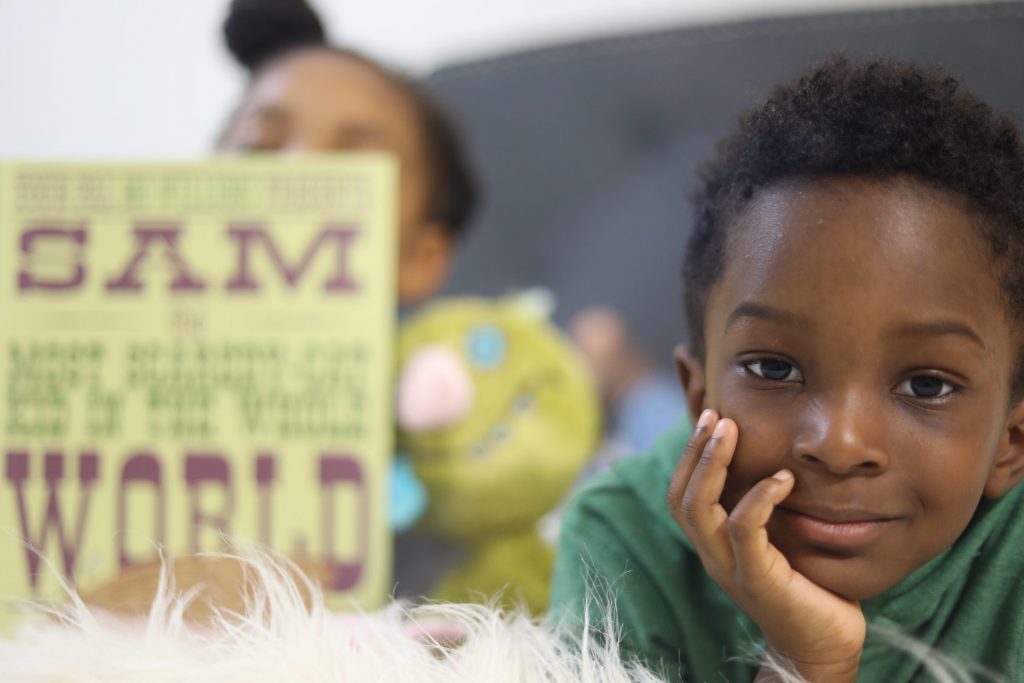 My kids have really different personalities, my daughter loves meeting new friends while my son can be a little fearful of introducing himself to new kids. I’ve been encouraging him to push past that fear. I’m happy that in the new book Sam, the Most Scaredy-cat Kid in the Whole World he saw a friendship blossom that started with fear. Sam and another kid, Kerry, were scared of each other but soon discovered that they had a lot in common and became good friends.  Using our Leonardo the Terrible Monster puppet I pretended to be a new friend and had the kids introduce themselves to me to get them accustomed to approaching other kids. 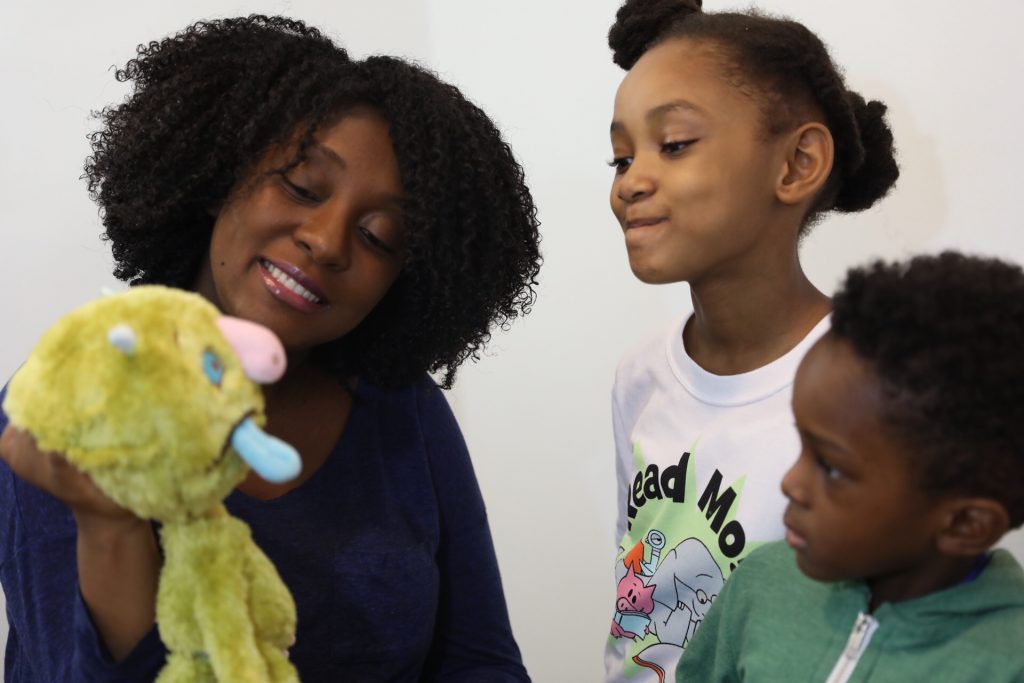 We all have very different interests and that’s what makes our relationships more interesting. Thanks to the Sam, the Most Scaredy-cat Kid in the Whole World book, the kids got to see that with Sam and Kerry. They had many things in common but they also had some major differences. Friends do not need to be carbon copies of each other, as a matter of fact, it’s their differences that make the friendships richer. 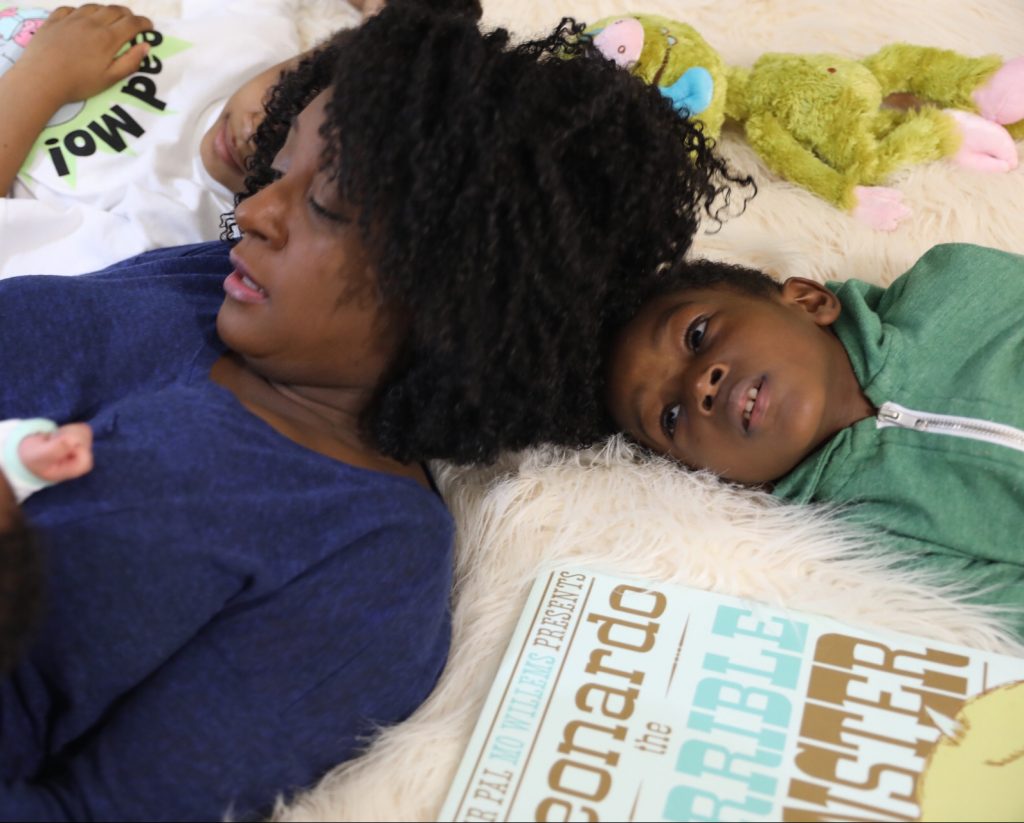 I love how much joy my little ones friendships bring them and I want them to continue experiencing that feeling not just with their current friends but also with the new friends they will make as they grow up. My hope is that these lessons they learn as kids from these children’s books would stay with them forever. 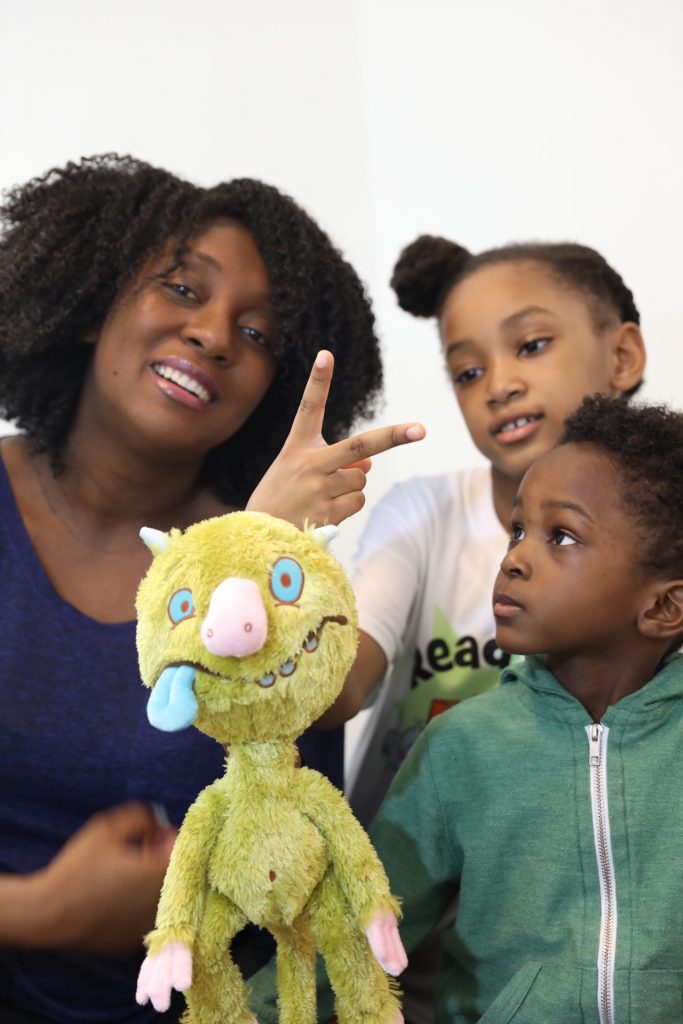 How do you encourage your kids to make new friends?

END_OF_DOCUMENT_TOKEN_TO_BE_REPLACED

This website uses cookies to improve your experience while you navigate through the website. Out of these, the cookies that are categorized as necessary are stored on your browser as they are essential for the working of basic functionalities of the website. We also use third-party cookies that help us analyze and understand how you use this website. These cookies will be stored in your browser only with your consent. You also have the option to opt-out of these cookies. But opting out of some of these cookies may affect your browsing experience.
Necessary Always Enabled
Necessary cookies are absolutely essential for the website to function properly. This category only includes cookies that ensures basic functionalities and security features of the website. These cookies do not store any personal information.
Non-necessary
Any cookies that may not be particularly necessary for the website to function and is used specifically to collect user personal data via analytics, ads, other embedded contents are termed as non-necessary cookies. It is mandatory to procure user consent prior to running these cookies on your website.
SAVE & ACCEPT
[email protected] crook-jamila
×